The posthumous Manto — more of less

Before the end of his brief and intense life, readers and critics, friends and foes of Saadat Hasan Manto had come to realise the power and searing intensity of his talent. Pursued by the demonic forces of financial difficulties and alcoholism, he died at a relatively young age, but this was not the end of his story. Since then, his reputation has grown both at home and abroad. Subject to much maligning in his day, he is now venerated at an international level. His stories have been translated into innumerable languages and are now available in English, translated by Muhammad Umar Memon, in a hefty volume published by Penguin Books. Following the celebration of his birth centenary, the government bestowed a national award on Manto — something which would have irked him no end. In fact, he wrote in very clear terms that nothing of this sort should be allowed to happen. There is a continuing interest in Manto’s life and works and justifiably so, but it seems there is not enough original material about him. Consequently, whatever is available is rehashed and repackaged so while there are a number of new titles, they do not add much to whatever little we know about the man or his writing. Pervaiz Anjum’s set of books on Manto — Amritsar ka Manto, Manto Namay and Main Nay Manto ko Kaisa Paya? — makes for such a case.

Manto’s life was dramatic in action and many of the broad details are known to his admirers, as he used some of those details as reference points in his own work. His entry into literature under the influence of the historian Abdul Bari Alig, his early days in Delhi where he wrote radio plays for a living, his sojourn in Bombay [Mumbai] filled with stars and aspirants, and then the days of decline in Lahore after Partition which affected him like a personal matter — the threads are all well-known, but they have hardly been brought together to make a coherent whole. With the exception of American scholar Leslie A. Flemming’s book Another Lonely Voice: The Urdu Short Stories of Saadat Hasan Manto, which is at least a couple of decades old, there has been no complete biography of Manto. This may seem strange for a writer so much admired now and so bitterly attacked in his day. The most interesting volume — in fact, the only complete work in this set by Anjum — is a biographical account of Manto’s early days in Amritsar where he spent his formative years, channelling his restless rebelliousness into fiction and publishing his first writings. This was before he had become known or gained notoriety for his views.

You may like: The Veil : an extremely short Arabic language play rendered in English by, Mansour Bushnaf

Amritsar ka Manto is the name Anjum has given to his book about Manto’s early years and its descriptive subtitle covers life, events and writings. One wonders why the name could not have been the other way round and been Manto ka Amritsar, spreading out from the writer to his locale. However, there is no quarrelling with the fact that Anjum has been forced to work with what little direct information was available. He has no major insights or new research-based information to offer, but he has sorted and compiled the available information in a readable manner. Especially valuable is the information on Manto’s family background and his parents. Whether this information adds much to our understanding of the enigmatic figure of Manto remains an open question. One also wishes that careful editing and proofreading had been carried out to avoid obvious errors. For instance, in describing Manto’s encounter with the romantic poet and editor Akhtar Sheerani, the latter’s place of origin is mentioned on page 247 as Tank, which is located in Khyber Pakhtunkhwa, while it should have been the state of Tonk in Rajhastan, India. Such errors can be forgiven, but at its best the book remains an aggregation of information with limited analysis. What is one to make of this information? This is the question which the volume does not effectively address.

[How did I obtain this treasure trove of letters? This is a separate and woeful story which has to be endured with patience. Initiating this task was the beginning of my misfortune. Obviously the letters were there, but what was difficult was to locate them. In any case, the search continued for many years and after a great deal of effort, I was able to obtain a reasonable number of letters from the realm of oblivion. I was able to lay my hands on the letters Manto wrote over the years to the various writers of South Asia. So in one regard, this is the voluminous collection of the available letters written by Manto which are appearing for the first time in the form of a book. — Translation by A. F.]

Given the uncanny power that Manto had to literally put his signature on even casual notes and scraps of paper, his letters are no less important a part of his canon. It is such a pity that there are so few of them. Whatever is available is put together in Manto Namay by the indefatigable Anjum. The bulk of the correspondence is between him and the writer and poet Ahmed Nadeem Qasmi and makes for fascinating reading as the two writers bare their souls to each other. However, while the best of this book is formed by these letters, the remaining letters seem either businesslike or lack the liveliness and verve of the letters to Qasmi. One can appreciate the fact that the editor has searched far and wide and put together everything that was related. He has even included correspondence with editors. Some of these are collected from back issues of the literary journals of the day. Apart from the letters to Qasmi, however, there is surprisingly little correspondence. Probably it was not valued and preserved at that time. In order to add to the bulk of the book, Anjum has also decided to include essays written in the form of letters which could not be posted. Even more surprising is the open letter to Jawaharlal Nehru, which is still interesting as a comment on the times. A similar open letter by Muhammad Mansha Yaad is interesting for its contents, but out of place in a volume of Manto’s letters.

— Excerpt from the book Manto Namay

Qasmi takes on the dimensions of being a major character in Manto’s letters and their interaction, from the friendship of the early days to bitter exchanges towards the end, makes for a story by itself. That is the reason why Main Nay Manto ko Kaisa Paya? promises to be such an interesting book. Unfortunately, it does not live up to its promise. Instead of offering a coherent account, it is a collection of whatever different statements Qasmi made about this subject throughout his life. The repetitions are as jarring as the omissions. Again, some material seems rather tangentially connected to the bulk of the book — the article by Faiz Ahmed Faiz seems to be concerned with ideological underpinnings and parting of ways, but is actually an early book review exploring recent publications, which happens to include Manto, Krishan Chander and Qasmi. No other connection between the authors is intended. Although the editor has penned an introduction, one misses a detailed and analytical critical essay which could look at the ups and downs of this lost friendship against the backdrop of the literary landscape of the period. One can easily miss the forest for the trees — there is a swarming of lots of details — but amidst all of this can one really locate Manto among the many new publications? 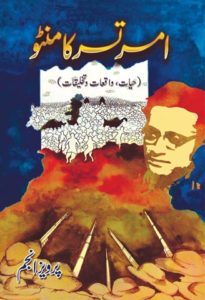 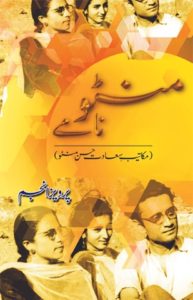 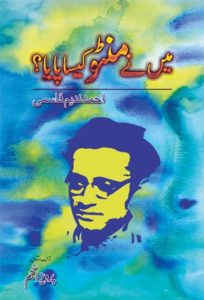