We must define our ‘Hygge’ to become a happy hountry

The post on my facebook page made my sleepy eyes open in amazement to a humongous smiley pasted on one of the Twin Towers of Dubai on Monday morning, March the 20th. It really brought an instant smile on my face too. The news said that UAE has been ranked ‘the Happiest Country in the Arab World’, though it stands at 28th in the ranking of the World’s Happiest Countries, according to the research conducted by the UN.

What a great thing! so much serious pursuit of the National Agenda set by H.H. Sheikh Mohammad bin Rashid Al Maktoum; the ruler of Dubai , the Vice President & the Prime Minister of UAE. That was news worth-sharing with all my friends on the list who as residents of Dubai have been working on ‘Happiness’ lately. And I did it with a click. The task simply means to ensure happiness in all the departments wherever one is working. The second thought that came to my mind was, ‘Where does my country lie?’ I read the report. It’s on the 80th slot in the World Happiness ranking among 155 countries. 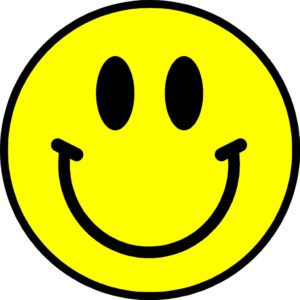 Then I kept musing over it. How the life would be like in Norway that is declared the happiest country in the world? Wouldn’t there be any sorrows or worries, any job related challenges, any threats of accidental happenings, any political rifts or arguments, any disagreement with friends, relatives, or with the government? Huh, that’s something un-natural or it might be called a Utopia or a paradise where no turmoil exists and everyone is happy.

“No, no, there must be some criteria to measure happiness of a people”, I corrected my thoughts. “There must be some commonness to feel happiness about, some common grounds on which all agree and satisfy”.
“What works in the Nordic countries is a sense of community and understanding in the common good,” commented in a newspaper by one of the journalists, was the exact reply to my curiosity. When the happiness of a country is counted, it’s a matter of collective happiness rather than individual; yet, the fact is not ignorable that happiness sprouts inside out—from individuals to a larger group. And this is exactly what defines ‘Hygge’.

The Norwegian word ‘Hygge’; pronounced as ‘Hoo-guh’, is not restricted to one meaning. Literally a Scandinavian would define it as ‘a type of happiness derived from a friendly atmosphere, enjoying food with them in candlelight, sitting in the coziness and comfort of a peaceful home as well as the rejection of selfishness(narcissism) and online social networking’. The success secret of these happy countries becomes quite evident by these words, I must say. Though the word ‘hygge’ in broader perspective suggests different shades of happiness; like well-being of the citizens, satisfaction with one’s life, sound social relations and freedom to make life choices. And this all goodness emerges from only one source, which is ‘Trust’.

I still remember the words of a Danish lady who came to lecture us on happiness; she related an example of parents leaving their babies in the prams outside the restaurants while eating food inside in order to tell how secure and sound the life is in Denmark. One of the attendees asked her, “So there is really nobody that looks after kids beside the road, lying in their carts?” and she replied, “ In fact, everybody does” —- this is how she is able to define the level of trust people have in each other in Denmark.

She further added that ‘Danish people only say what they do and do not say the things they do not do’; that establishes their ‘truthfulness’ which in turn develops ‘Trust’. So, their Hygge is ‘Trust’ that brings them happiness despite high oil prices and other pressures of day to day life. One can see their lowest crime rate in the world. Owing to these values, Denmark remained at the top slot in World Happiness ranking for consecutive four years, brought down to second slot by Norway this year.

And such are the key points UN has been conducting this World Happiness Research on since 2012 releasing its fifth report this year, in 2017. The World Happiness Report measures happiness of a country on following six indicators; namely, GDP per person, healthy life expectancy, how much social support they feel they have if something goes wrong, their freedom to make their own life choices, their sense of how corrupt their society is and how generous they are. People give scores from 1 to 10 in the surveys conducted by UN.

Data is collected through the Gallup World Poll (GWP) with questions like; “If you were in trouble, do you have relatives or friends you can count on to help you whenever you need them or not?”— “Are you satisfied or dissatisfied with your freedom to choose what you do with your life?”— “Have you donated money to a charity in the past month?” —“Is corruption widespread throughout the government or not?” The report is based on responses of the people.

It is worth noting that factors like laughter, rituals and festivities are not the components to measure happiness; had they been there, India would not have fallen at 120th slot in the happiness ranking— far below Pakistan. But, let me say, it’s also painful to see Muslim countries in the ranking of least happy countries or you may call them the saddest countries in the world.

As a Pakistani, I think the time has come that we should define our ‘hygge’ and experience it as a nation for a homogeneous and a happy growth. Our hygge could also be no better than ‘Truthfulness’ and ‘Trust’; being Sadiq and Ameen which we also have religious obligations for. To me, there would be no better remedy than this to cure all moral and social illnesses and to acquire a blissful happiness.