The finest book on the mind of Mirza Ghalib

Literary criticism in Urdu has witnessed countless interpretations on the work of Mirza Asadullah Ghalib (1797-1869) and it is not wrong if it is said that some literary critics have survived because of their share in the pursuit of explanations of the couplets of Ghalib. It was merely recodification or decryption of Ghalib in accordance with the understanding of the poetics of Ghalib. But the connotation and poetics of Ghalib’s work is too elusive, subtle and intangible to be encapsulated into a set of meanings. The first great effort in the history of Urdu literature to remove opaqueness and divulge into the unfathomed depth of the Ghazal of Ghalib was done by Altaf Husain Hali (1837-1940) in his biography of Ghalib titled Yaadgar-e-Ghalib (1897) and since then there have been numerous efforts to unmask the real essence of Ghalib.  But every effort, despite sincerity and academic excellence, has been proved to further masquerade the greatness known as Mirza Ghalib. 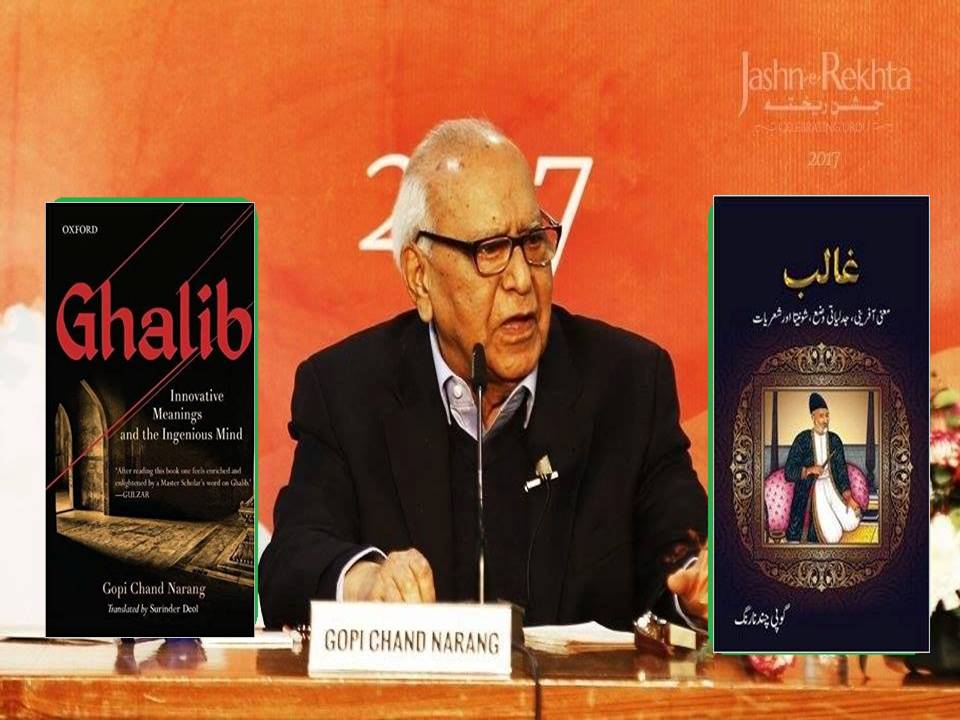 Every literary critic — be it Bijnori, Shaikh Muhammad Ikram, Aal Ahmad Surur, Waris Kirmani, Maulana Imtiaz Ali Khan Arshi, Kalidas Gupta Raza, Kalimuddin Ahmad, Nazm Tabatabai, Bekhud Dehlavi, Niyaz Fatehpuri, Z Ansari, Baqa Mehdi or Shamsur Rahman  Farooqi– has seen Ghalib from their own perspective and understanding. The leitmotif in the work of Ghalib is different in every interpretation and at the same time, none of it can be said to be unrelated with the Ghazal of Ghalib.

However, no literary work or criticism on Ghalib could claim an understanding Ghalib as Ghalib is expressed in his work. Curiously, Ghalib is loved by thousands of people reading him without even knowing what literary criticism says about the creativity, wisdom and consciousness of Ghalib. However, Ghalib doesn’t disappoint any of his passionate readers, and the great poet flings them into a rather lovable or indulgent enigma of life and complexity of existence. What is ‘this’ in Ghalib which makes him Ghalib the bard, and even after experiencing this, one cannot definitely say what is ‘this’ that makes Ghalib, the poet Ghalib.

This has been a looming question in Urdu criticism for over one and a half century and it seems that Gopi Chand Narang was also a prisoner of this question. His work on Ghalib is in fact the expression of his captivity and hence, this book tries to answer most unanswered questions about the existence, mind and the consciousness of Mirza Ghalib.

Gopi Chand Narang’s book on Ghalib, Ghalib-Maani Aafrini, Jidaliyati Waza, Shunnayta aur Sheriyaat (Ghalib’s Thought, Dialectical Poetics and the Indian Mind), was published in Urdu by Sahitya Akademi in 2013, and since then this book has been vastly discussed in the Urdu literary world across the globe. In the year 2014, a literary magazine ‘Sabak-e-Urdu’ published a special issue comprised of articles and essays discussing this book. The 600-page issue of Sabak-e-Urdu carries essays by stalwarta of Urdu literature such as Intezar Hussain, Iftekhar Arif, Saaqi Farooqi, Zafar Iqbal, Anwar Sen Roy, and literary critics like Nassir Abbas Nayyar, Shafey Kidwai, Mirza Khalil Beg. Articles by authors like Rakhshanda Jalil, Harihar Swarup and Satyapal Anand had also been published in it.

Intezar Hussain had stated that many interpretations of the work of Ghalib have been published so far but Narang has found a way of pondering upon Ghalib which no Ghalib scholar had hitherto paid attention. In Narang’s interpretation of Ghalib on the one hand the foundation of thoughts of Ghalib have connections in Vedanta philosophy and Buddhist dialectical philosophy, and on the other hand, it has similarities with post-modern thinking. 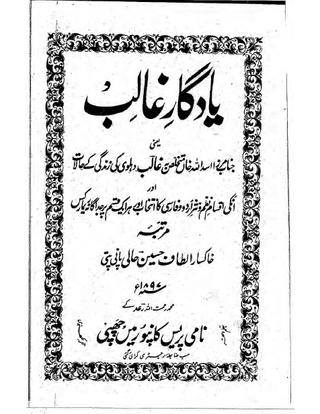 Narang has studied deeply into the formation of the creative mind of Ghalib and analyzed how and by what patterns of thinking the great poet was consciously and unconsciously influenced. Narang has established the poetics of ‘Subak-e-Hindi’ — the Urdu terminology explained by the English translator of this book, Surinder Deol — as the Indian style of Mughal Persian poetry with indigenized poetics, especially through Abdul Qadir Bedil, whom Ghalib had considered his mentor.

Subak-e-Hindi was an important factor in the formation of poetics and thematic expression in the mind of Ghalib. Similarly, ‘the language of the silence’ rooted in the various schools of philosophy and the wisdom of Indian thoughts have had great influence on Ghalib. The book has discussed how Bedil was influenced by the thinking and philosophy of India and how this metamorphosed as liberal, free of any clutches and broad-mindedness in Ghalib. The book in this backdrop discusses the enigmatic thoughts in Buddhist dialectical philosophy and Nagarjuna’s theory of ‘Shunyata’.

Narang has stressed how the enigmatic style of Bedil got new shape into Ghazal of Ghalib to create an unprecedented charm of love, humanity, existence and beyond existence. And he explicates on how the complexity and mysteriousness of ‘the language of silence’ become the most adorable and artistic form in the poetics of the sub-continent.

Surinder Deol has translated the book into English and Oxford University Press, India, has published it as ‘Ghalib: Innovative Meanings and the Ingenious Mind’. Loved greatly in Urdu, the book would definitely garner similar affection from English and non-Urdu readers of Urdu literature encouraging a unique perspective in understanding Ghalib.

Gopi Chand Narang is professor emeritus at the University of Delhi and Jamia Milia Islamia. A renowned exponent of Urdu literature, he has won numerous prestigious awards and has been recipient of honours, including Padma Shri and Padma Bhushan from India; and Sitara-e-Imtiaz as well as the President’s National Gold Medal, for his study of Allama Iqbal, from Pakistan. He has served as president of Sahitya Akademi. He was a visiting professor at the University of Wisconsin-Madison and the University of Minnesota during the 1960s and at the University of Oslo in the late 1990s. He has published more than 60 widely acclaimed books in Urdu, Hindi, and English. A versatile genius, his work transcends disciplinary boundaries and has been a source of enrichment to scholars in literary theory and criticism. Surinder Deol pursued the path of literature after retiring from the World Bank. He is author of several books, including a collection of his poems titled A Moment in the Universe that was published in 2006, followed by a novel Endless Life in 2012. In 2013 he undertook a major project to translate Ghalib’s Urdu Divan in American free verse, a genre popularized by Coleman Barks for his translation of Rumi. This translation, titled The Treasure: A Modern Rendition of Ghalib’s Lyrical Love Poetry, was published in 2014. (Courtesy Amazon Books)

Surinder Deol has worked as a continuous learning specialist and a program manager for team leadership development at the World Bank in Washington D.C. He has authored several books on personal and spiritual development. A collection of his poems titled A Moment in the Universe was published in 2006 and his debut novel Endless Life appeared in 2012. He lives in Potomac, Maryland.