The whole notion can be described in a single sentence: Dr. Nasir Abbas Nayyar invited me to attend the seminar at Urdu Science Board (USB) and I visited it. Apparently, it’s a common incident, but the sentiments are concealed by the conjunction ‘and’ that carries a whole paradigm shift from traditional view of public institutions to postmodern activities of pro-literature institutions. Actually, we become so prone to traditional practices that we often ignore the uniqueness of breeding new traditions.
These changes can only be sensed and felt but can’t be described. It was my first visit to any public pro-knowledge institution. My aspirations were something like I would not be given a chance to glimpse Dr. Nayyar as he being a director would quite be busy in extra-ordinary macro level work. But to my surprise, when his research officer told him about my arrival, he not only welcomed me by smiling and standing but also hugged me in front of ‘established literary figures’.
The first thing that came in mind: I was in love with this friendly institution and its humane director. So, the modern philosophy well practised and appropriately executed strategy for Urdu Science Board is winning through emotions.
The seminar was about Urdu Scientific Literature in 21st Century. The whole scientific literature in Urdu will roughly comprise of merely three digits. Since its inception in 1962, the USB has only published around 850 books. This condition questions the readers and writers at the same time while at societal level, we might ask ourselves that how can we claim that we are advancing in science while there is no or little literature available in science in our national language Urdu. 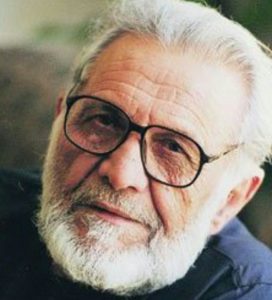 Any quite sympathetic history of USB publication also raises questions upon previous directors. For Example, the most famous Ishfaq Ahmad who chaired this institution for almost two decades can be asked with due respect, what did he do for the institution particularly and for the nation generally? A person’s personal work cannot be considered an apology for his negligence of public work. We are traditionally in the framework of prioritizing personal achievement over public progressive traditions.
Another important aspect that can be piloted in other institutions as well is that the USB is securing its future prospects by involving both experts and aspirants. They have intitiated a monthly basis seminar about burning issues related to scientific aspect of social life and are inviting experts to participate. It can be considered a first stone in the dead pool of scientific literature. In the seminar, different participants shared their views about how to enhance scientific literature in general and how to enhance the role of USB in society in particular.
After the seminar, the director office was full of research students belonging to different universities. They were playing catch and throw with ideas. If one would consult about future of CPEC other would tell about how silly question his other fellow had asked in yesterday’s class. I kept myself dumb, just to absorb these voices as these would only be my companion in office files.